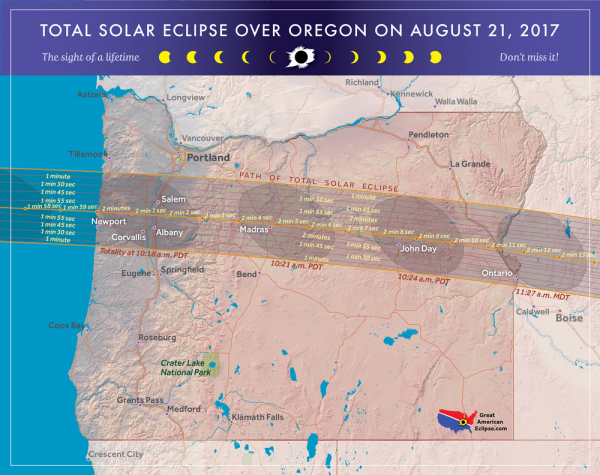 A total solar eclipse happens somewhere on Earth once every year or two.  On August 21, 2017, the sun and the moon align again, giving Americans a front row seat to a rare celestial event—a total solar eclipse. June 8, 1918, was the last time solar eclipse totality crossed the United States from the Pacific to the Atlantic, beginning in Washington and ending in Florida. On August 21, this year’s eclipse follows almost this same path.  Anyone living near the path of the eclipse is very aware that this extraordinary phenomenon is passing overhead. In Oregon, in addition to the darkening skies, we’re expecting upwards of a million visitors into cities, towns, roadside rest stops, and remote wilderness areas to catch a glimpse of this 20-minute wonder. This quest for a glimpse of sun and moon alignment is not new to our generation.

One hundred years ago, The US Naval Observatory dispatched an expedition to Baker City, Oregon and successfully observed the eclipse.  Howard Russell Baker, an artist accompanying the expedition, sketched the corona

and made a fine painting of the eclipse. Baker City is also within the path of the 2017 eclipse and is expecting nearly 30,000 people to observe the totality in and around Baker.

In Oregon, hotels and guest houses have been booked out for over a year. Rental cars are already snapped up and in Oregon, Governor Kate Brown has authorized the National Guard to assist in traffic and crowd management.

At Essential, we’ll experience the eclipse from our parking lot. Between 10:00 am and 10:30 am on August 21st,  we’ll shut down the factory floor and turn off our phones for a community viewing with sun-safe glasses and a live Facebook stream of the city as it goes dark. We’re lucky enough to be close enough to the sun’s path to experience a 98 percent total eclipse as it enters North American skies.

But why is everyone so enthralled with the 2017 Solar Eclipse? I grew up outside of Los Angeles and remember an eclipse happening when I was in middle school. Sure it was exciting, but nothing like the anticipation this event is building.  The most straightforward answer is that this is the first total solar eclipse to cross North America in a century.  But I think, perhaps, it is our never-ending thirst for knowledge and to be part of something bigger.

Humankind’s awe of the skies has not diminished in thousands of years. Written records left on ancient Babylonian tablets, drawings created by Greek philosophers and astronomers leave their culture’s interest in the sun for all to learn. Spiral petroglyphs at Loughcrew Cairn L Megathiloc Monument in Ireland just might correspond to the November 30, 3340 BCE eclipse.

Different cultures created their own myths and legends to explain the unexplainable natural phenomenon around them. These legends worked within the overall spiritual beliefs of the culture. Explaining dark skies in the middle of the day was one such phenomenon that needed an explanation.

If you do a worldwide survey of eclipse lore, the theme that constantly appears, with few exceptions, is it’s always a disruption of the established order,” said E. C. Krupp, director of the Griffith Observatory in Los Angeles, California. That’s true of both solar and lunar eclipses.

What that disruption means depends on the culture.  Not everyone views an eclipse as a bad thing, according to Jarita Holbrook, a cultural astronomer at the University of the Western Cape in Bellville, South Africa.

“Some see it as a time of terror, while others look at a solar eclipse as part of the natural order that deserves respect, or as a time of reflection and reconciliation.”

“My favorite myth is from the Batammaliba people in Togo and Benin” in Africa, said Holbrook. In this myth, the sun and the moon are fighting during an eclipse, she said. The people “encourage the sun and the moon to stop fighting.  They see it as a time of coming together and resolving old feuds and anger,” Holbrook said. “It’s a myth that has held to this day.”

If you can’t make it to the path of the eclipse, don’t worry.  Dozens of scientific organizations, including  National Geographic, Oregon Museum of Science and Industry,  and the Smithsonian have set up family-friendly viewing opportunities. Check out the Smithsonian Solar Eclipse app from the Smithsonian Astrophysical Observatory (SAO) for your mobile companion and guide. With the app you can watch a live NASA stream of the eclipse as it travels across the continental United States, calculate your view with the interactive eclipse map, and get a virtual view in an eclipse simulator.

You can join us, too, at our Facebook page as we live-stream the eclipse from our building. 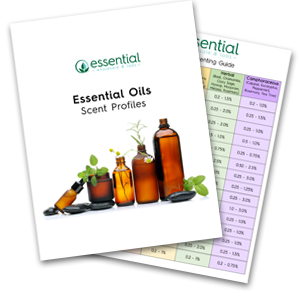